Disney to Offer Three Panels This Week During Comic-Con @ Home

Disney to Offer Three Panels This Week During Comic-Con @ Home

Comic-Con, the World's biggest comic convention, will be held completely online for the first time ever this year. But that isn't stopping attendees from gearing up for a week full of panels, exclusive merchandise, and virtual exhibitor booths from July 22-26th. Disney+ has announced they'll be joining in on the fun with three big panels related to Disney+ and it's upcoming original titles, including the highly anticipated Phineas and Ferb the Movie: Candace Against the Universe. Check out the full Disney+ content schedule for Comic-Con @ Home below! 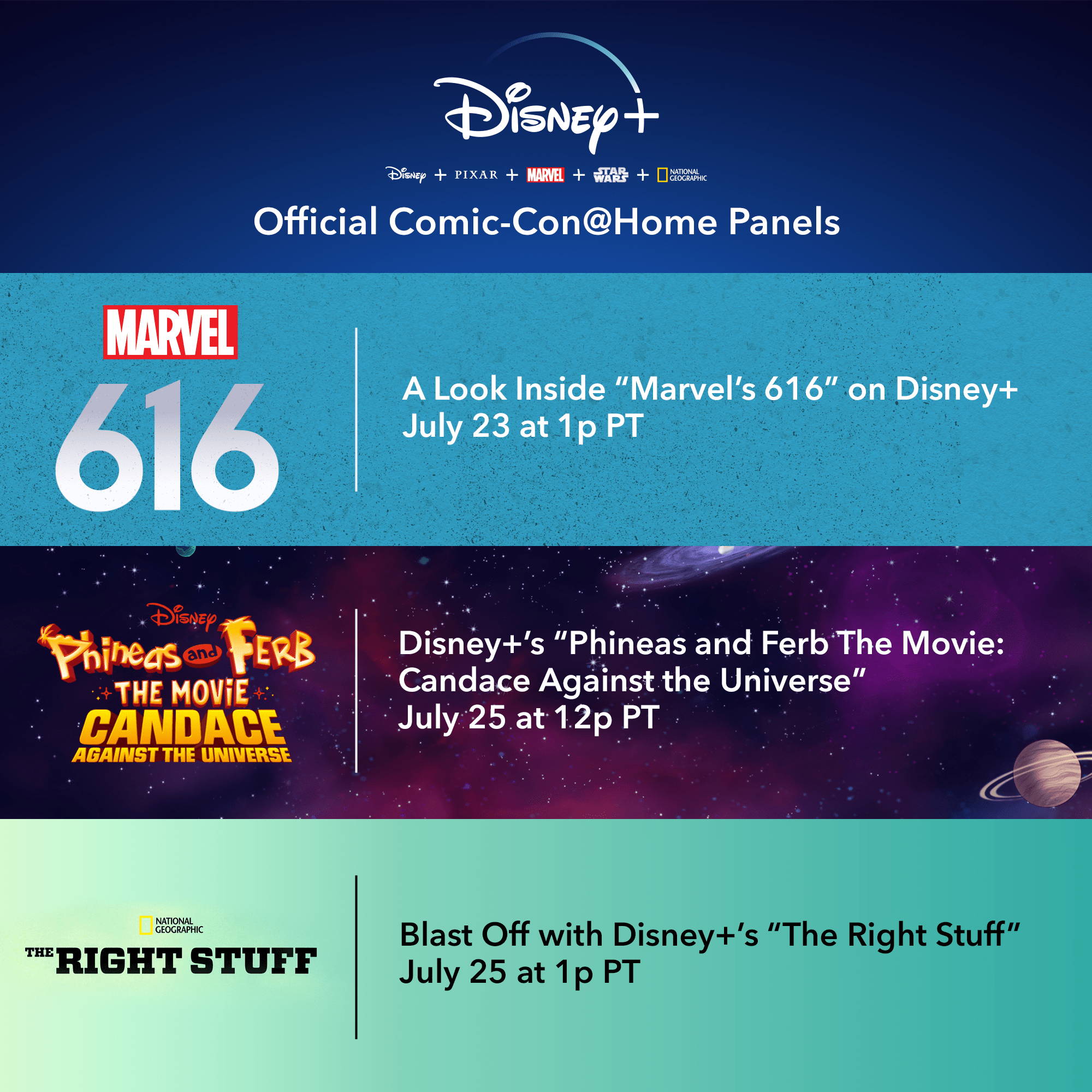 A Look Inside “Marvel’s 616” on Disney+
Thursday, July 23, 1:00 p.m. PT
“Marvel’s 616” explores how Marvel’s rich legacy of stories, characters and creators exist within the “world outside your window”. Each documentary, helmed by a unique filmmaker, explores the intersections of storytelling, pop culture and fandom within the Marvel Universe. Join directors Gillian Jacobs, Paul Scheer and executive producers Sarah Amos and Jason Sterman as they discuss the making of this Disney+ original anthology series with moderator Angélique Roché.

You can see the complete programming schedule for Comic-Con @ Home, as well as links to the panels here.